George + Maeve: Carefully Curated by a Mother of Five


The Creamery Building's children's store is full of beautiful and functional items for a variety of ages. 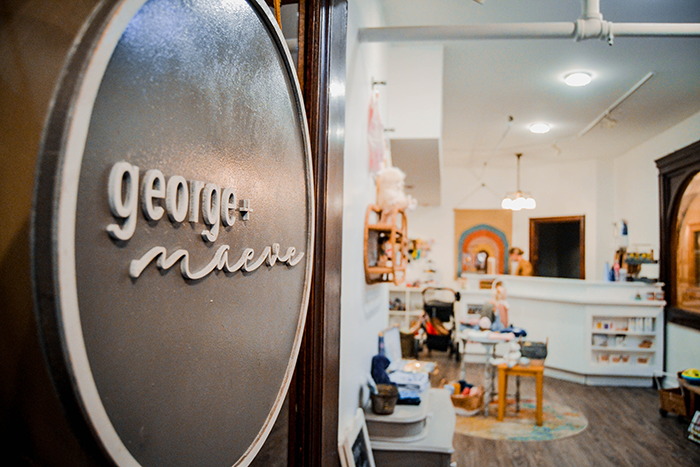 Jody Domangue’s inspiration for opening her own children’s store is pretty obvious: she has five kids of her own, all between the ages of ten and two.

You get to know a thing or two about onesies and toys with five kids, and Domangue loves to shop small.

She opened george + maeve a year and a half ago but moved into the Haymarket’s Creamery Building in March. Her charming selection of children’s clothing, books, toys, and accessories now occupy the former Paint Yourself Silly space.

The timing of the move, she admits, wasn’t ideal.

“We moved, and literally everything shut down because of COVID,” she said. “But that’s life.”

The store was quick to adapt with an online shop, curbside pickup, and free local delivery but the year has been slower than she ever could have imagined. For now, she’s weathering the storm. 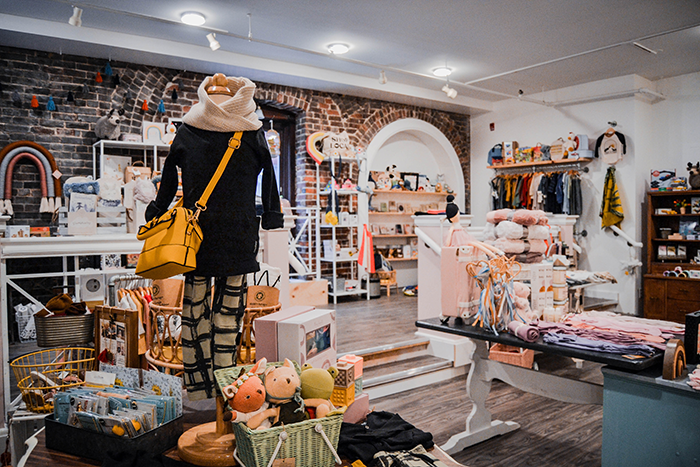 Moving into the historic Creamery building had been hard to resist.

“This has been a fun space to play with and figure out how to rearrange and get creative,” Domangue said. “My old space had white walls and no windows. This building has so much character.”

Domangue lives and breathes tiny clothing and toys, and tries to stock her personal favorites as well as items that will last the test of time.

“We like stuff that is going to last from kid to kid,” she said. “That's kind of a big thing for me. My two year old is still wearing clothes that my eight-year-old boy wore and has been handed down from kid to kid. And toys, too—wooden toys are the toys at our house that have lasted a long time. The plastic stuff sort of seems to break.”

She also looks for things that are geared towards all ages, as her oldest children are entering “big kid” territory. 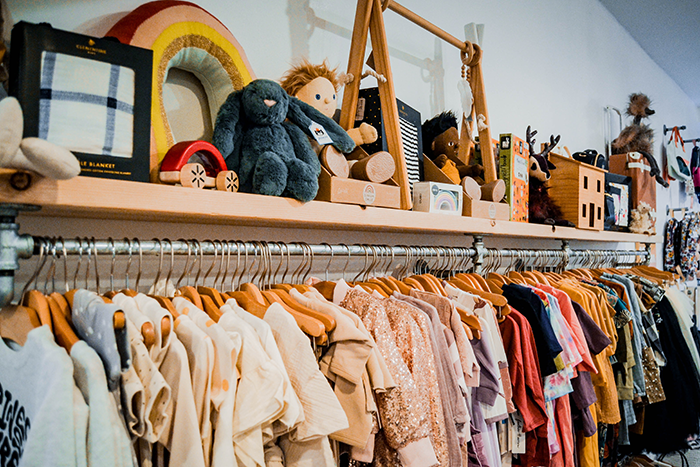 “For Christmas, we're bringing in a lot of toys that I had my older boys and six-year-old girl help pick out, so we'll have more of a selection of things geared towards the older kids and not just the babies,” Domangue said.

Shop george + maeve online at https://georgeandmaeve.com, or visit in person at 701 P Street: