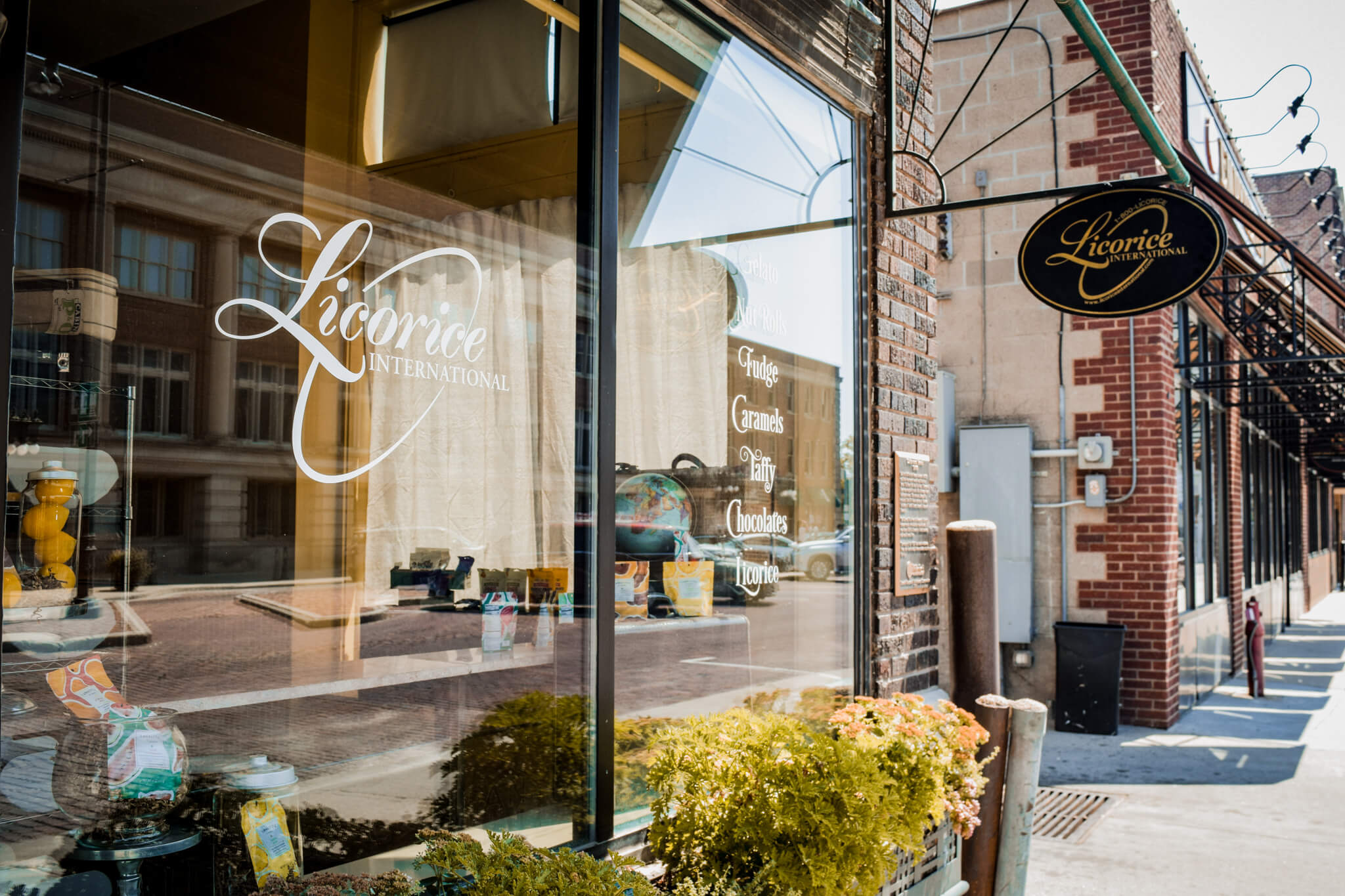 After 18 years of business and 14 years at its location at 803 Q Street in the Haymarket, Licorice International began a new chapter at the beginning of 2020.

Co-founders Ardith Stuertz and Elizabeth Erlandson passed along their business to the capable hands of long-time employee Erin Burianek, and her first task was to find a new location for the gourmet licorice and candy store.

She settled on two locations: one, a relocation just a block away in the Haymarket at 230 N. Seventh St; another at 4725 Prescott Ave. in College View—across the street from Licorice International’s original retail location.

“They started at the old location in 2002, and I think it was about 2004 that I started,” Burianek said. “I was one of their first customers. That's part of the reason why we were excited to go to the College View location—to be back in the old neighborhood. But I didn't want to leave downtown, either. So we thought splitting into two, smaller locations would be better.” 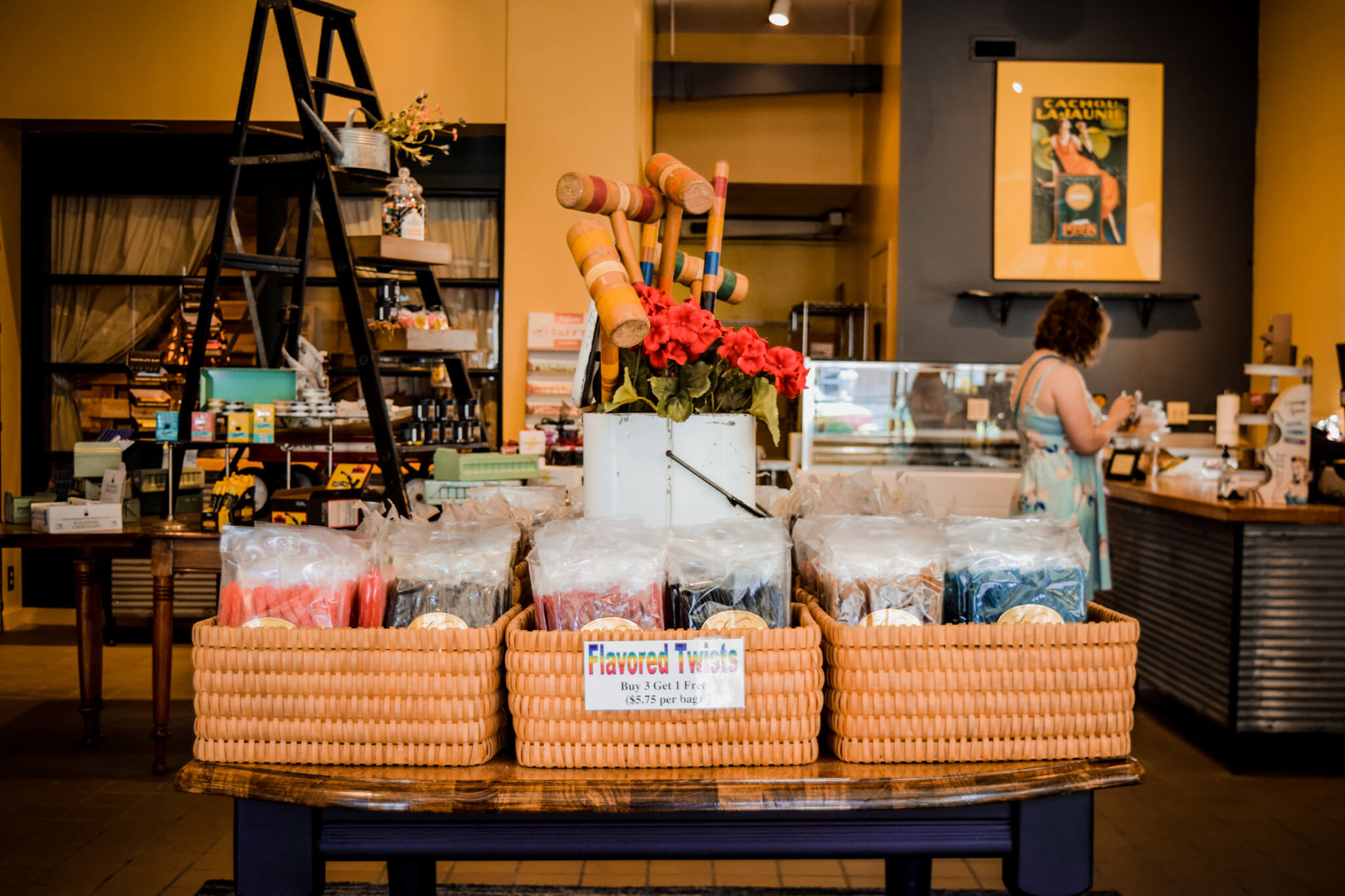 Burianek fell in love with salty licorice during a trip to Sweden when she was 17. It was a happy coincidence that Licorice International opened just five blocks away from her house when she got back. They were one of the first U.S. companies to operate a gourmet licorice e-commerce website.

Burianek now runs the company alongside two other full-time employees: her mother, Leann; and Jared Scott, whose primary focus is shipping online sales from the College View location.

Along with around 30 new licorice and candy products, a major addition to the store this year is Burianek’s artisan gelato business, Gelato To Go.

Of course, this time, it was a visit to Italy that sparked her interest in the frozen dessert.

“I learned how to make gelato with a lot of experimentation,” Burianek said. “I had a hand crank thing. I broke lots of them. And it's so fun, I just like different pairings of gelato flavors. It makes me smile.” 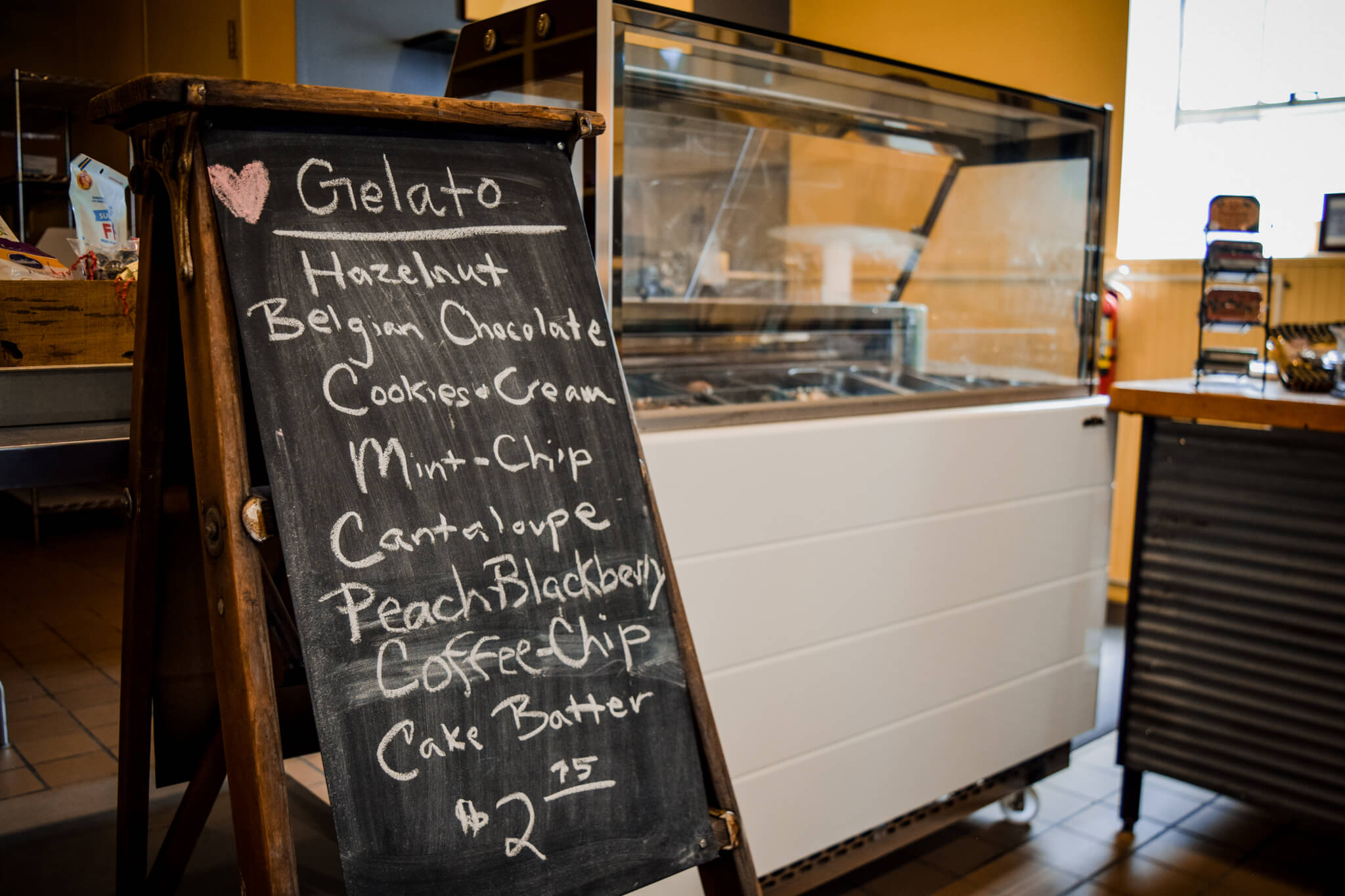 Burianek kicked off the business in 2009 selling cones at the Farmer’s Market, and has since began selling pints at Open Harvest and Leon’s Gourmet Grocer in Lincoln. She likes to keep the gelato traditional, often opting for cantaloupe and hazelnut flavors.

Burianek’s mother had her own booth at the Haymarket Farmers’ Market when Erin was growing up, so Licorice International’s new Haymarket space holds fond memories for her.

Owner Mike Hillis agreed to rent half of the Hillis & Company space to Licorice International as long as Burianek sold her gelato, which he occasionally uses for catering events.

“At one time he had the space open for a deli, and he would open the doors on farmers market days,” Burianek said. “My mom had her booth at the Farmer’s Market, so one of my favorite things was to come in here and get focaccia from him. I've always loved this building.”